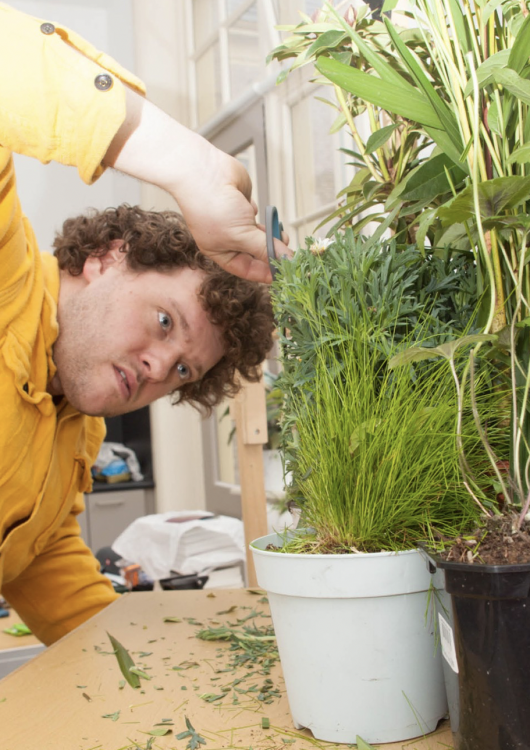 Bart Eysink Smeets graduated in 2005 at the Stedelijk Gymnasium Haarlem. This was followed by a year of Car Design at Huddersfield University in Huddersfield, West Yorkshire, England and a year of Industrial Design at Delft University of Technology. He eventually found his place at the Design Academy in Eindhoven.

In his work Bart Eysink Smeets looks at things from our daily lives in a humorous way. He exposes habits that we normally don’t really think about. For instance think about  a sunbed that gets its power from a solar panel, or of Bart who cuts the flowers in his vase into perfect squares, just like the hedges in the front garden of people’s homes. One thing is certain: Bart will make you grin.