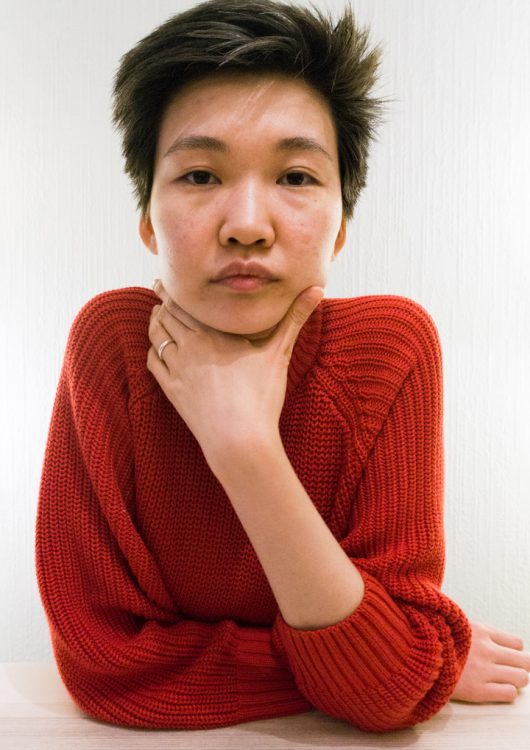 Natalia Papaeva (Russia, 1989) grew up in Buryatia, an autonomous republic in Eastern Siberia. However, she has been living and working in the Netherlands since 2013, where she graduated in 2018 from the Royal Academy of Art in The Hague. With her graduation film Yokhor she won both the KABK department prize and the TENT Academy Award. In 2019 Papaeva was nominated for the Sybren Hellinga Art Prize. In 2020 she received a Work Grant for Young Talent from the Mondriaan Fund.

In her raw and intense video performances, Natalia explores her relationship with language and cultural identity. Who are you if no one seems to know your homeland and your mother tongue is in danger of disappearing? How do emigration and integration influence your cultural identity? And with which words do you shape who you are and where you come from? In her videos and performances, Papaeva gives voice to this turmoil and explores what it does to one’s identity.